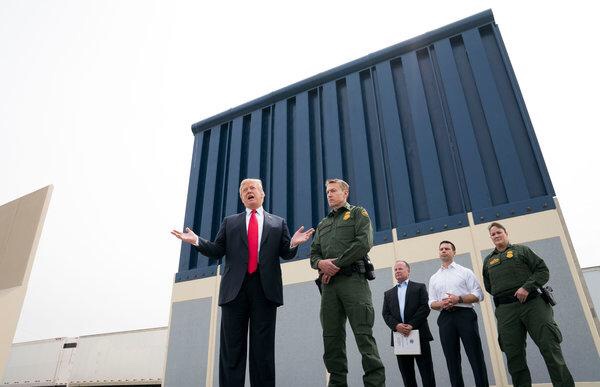 President Trump is absolutely right when he says there is a crisis at the southern border. He is, of course, absolutely wrong about what he thinks the crisis is. Mexico is not sending us rapists and murderers. There are no hordes of con artists waiting to invade and harm America. His hyperbolic, racist, fear mongering is not only shameful, it is immoral and a canker on the soul of America.

Liberals are quick to decry Trump’s racist lies and they should. However, now that they control the House of Representatives they could do more to propose policy solutions. The House limited in what they can do but the fifteen plus candidates running  for president could articulate clearly what they would do to help ease this crisis if elected. Sadly, for the most part those on the campaign trail are silent on the issue. Unfortunately, I think I know why. They know they have to win in swing states and talking about how to help refugees from other nations isn’t great politics. You have to focus on the bread and butter issues that affect voters directly. No one wants to be the candidate labeled as putting immigrants over citizens.

So here we are: liberals won’t talk about it and Republicans are led by a man who is clearly lying and using the issue as a fear inducing weapon. So what could be done? Imagine a world where we had leaders, not politicians, where we had people committed to principles not just polls. Imagine if we had a citizenry committed to being informed–motivated by doing the right thing regardless of party. Imagine a world committed to ideas and morals who owned the hard labor of democracy not just blamed the other side or its shortcomings.

Or like Jodi Ziesemer recommends we could treat  detained migrants as refugees. Using a refugee resettlement model we could permanently resettle tens of thousands of refugees for less than the 6 billion Mr. Trump wants for a wall we know will coast way more than that and not work. In fact a study from the National Bureau of Economic Research found that refugees who entered the US as adults from 2010-14 paid, on average, $21,000 more in taxes than they got in any kind of welfare payments. So investing in refugees today can actually pay dividends in the future.

So what can I do now?

Be informed! Turn off cable news chatter and dial into the serious media who cover the complexities of these issues. Here are some of my thoughts on being “informed”

Demand more of yourself and others in our political discourse.

Reach out to elected officials and ask for their policy approaches regarding the southern border.

Most importantly, in my opinion, learn the stories of these refugees. Reach out to those in your community and pray for the empathy it will require to be our brother’s keeper.

Of course every nation has the right to control their borders. An honest approach to the humanitarian crisis in Central and South America will require soul searching and difficult policies for all Western Hemisphere nations. Fear mongering, racial lies will not only exacerbate the crisis it will risk the soul of the principles that make this nation great.

I like to spend my time hanging out with my amazing wife of 27 years and our five incredible children. By day I am a professional educator, by night I write for and edit this outstanding blog, walk to Spy Pond, cheer for the Red Sox and the Celtics, and read the news.  Lives: Cambridge, Massachusetts Education: BA, Political Science, Idaho State University; MPA, Idaho State University; PhD, Education, University of Idaho. View all posts by Darrin Simpson